Walk from Adelong Caravan Park to the Adelong Falls Gold Mill Ruins and return. An early morning walk along the road verge to the Mill ruins then back along the creek, well mostly.

Adelong is a small town on the Snowy Mountains Hwy not far off the Hume Hwy and a lovely place to spend a day or two. The Golden Gully CP has just a few cabins and about 6 powered sites overlooking the Adelong Creek. The pedestrian swing bridge gives easy access to the supermarket, pubs and club.

The walked started in town and on the pavement. Then on the road verge for about 2km. Not recommended but early in the morning only 2 vehicles were encountered. 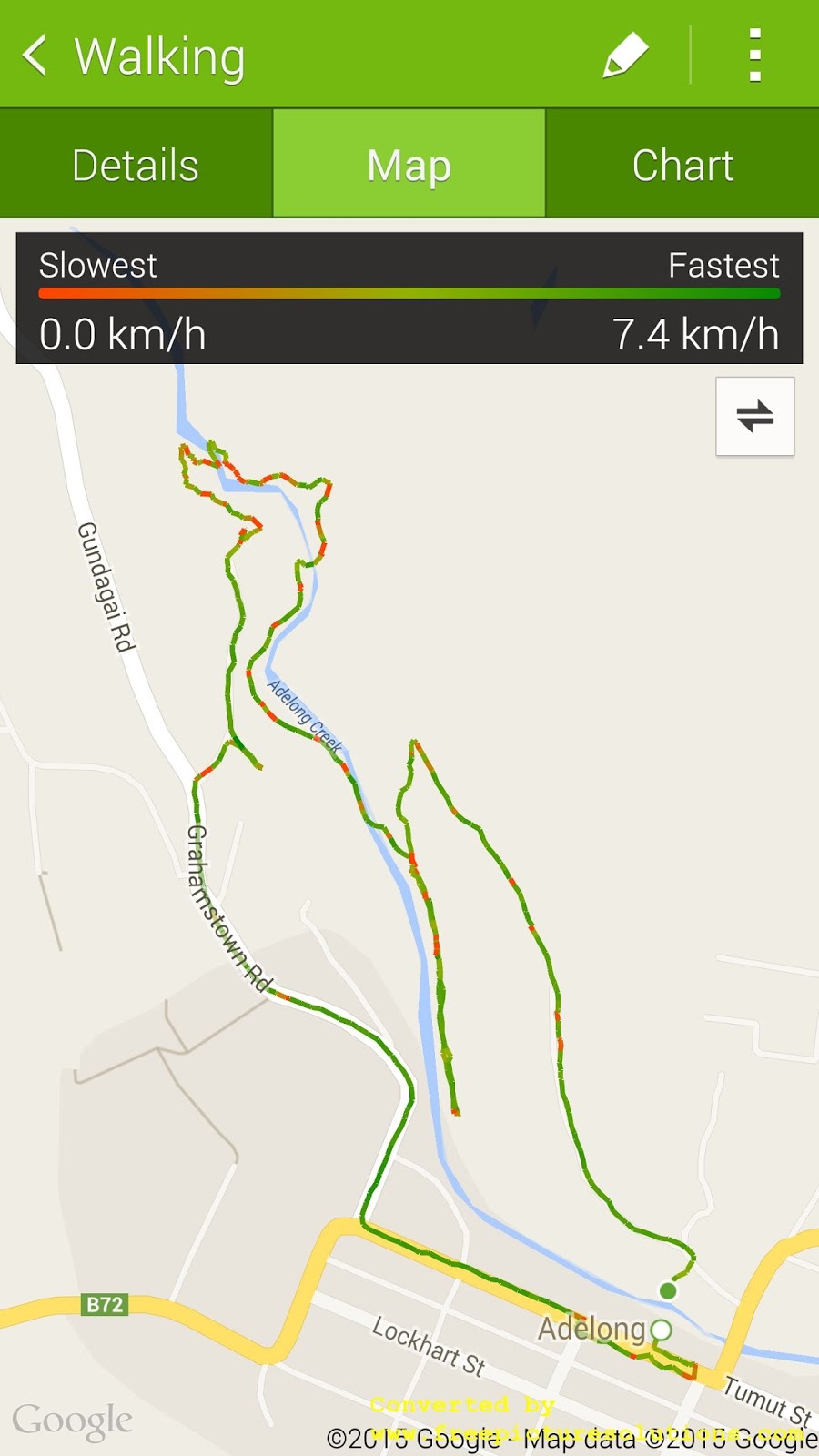 As you can see from the map there was some backtracking along the creek on the way back but I will get to that later.

Overall I walked a bit over 6.5km but avoiding the needless detour it could be less for you.

A trip to the Tourist Info Center may have been helpful but I will never know.

There are directional signs along the road giving distance etcetera, intended for motor vehicle.

When you arrive at the ruins its probably best to go to the high ground first so you get an idea of what's involved. Mostly good paths with good footing and lots of concrete stairs. When I was there there were lots of spider webs floating around and the paths were somewhat overgrown in places.

Never the less it was an interesting walk imagining the way the water was used to turn the mills and crushers. The self guided signage and information was good as well.

On the way back to the CP follow the river path. It sets the expectation that it goes all the way. Not True. After crossing the river to the CP side the track ends abruptly. Through the long grass is a unlocked gate but don't bother I had to backtrack after exploring further along the river. At this point its either return from whence you came or go up hill to find the track going east.

Two gates, one locked but a handy hole in the fence is useful and you are in farmer brown back yard. The track turn to an unpaved road back to Golden Gully CP.